We recently protected two entire Tesla P85D.  The more we got to put our hands on these electric machines, the more we were amazed how well these vehicles are built.  You know they are quick when they have a mode that says “insane”.

First step was to wash the entire vehicle with a mild soap and then clay bar every panel.  Once we thoroughly cleaned the surfaces, we fixed the swirl marks with polishes.  We try to get the paint perfect as it gets for the complete coverage of paint protection film.

Both customers went ahead with Xpel Ultimate paint protection film.  We also used Xpel templates with slight modifications of the templates to wrap every edge.  By wrapping the edges, this allows for the film to be nearly invisible.  After a couple days of laying film down and making sure all edges were dry, we then went ahead and tinted the windows.  Since these cars are fully electric saving energy is number one priority.  The best film on the market for heat rejection is 3M Crystalline.  We covered every window in the car with 70% which is practically a clear film.  This film has a 60+% heat rejection and has a 97% IR rating.

After all of the films were installed we then used Opti-Coat Pro which is a protective coating.  This coating makes washing even easier and protects the film from the harsh climate we live in.  We coated the wheels and the interior as well.  The coating has a 5 year warranty.

We had a great time working on these beautiful machines.  Thank you John and Alan for coming in to see us.  Looking forward to doing your future cars. 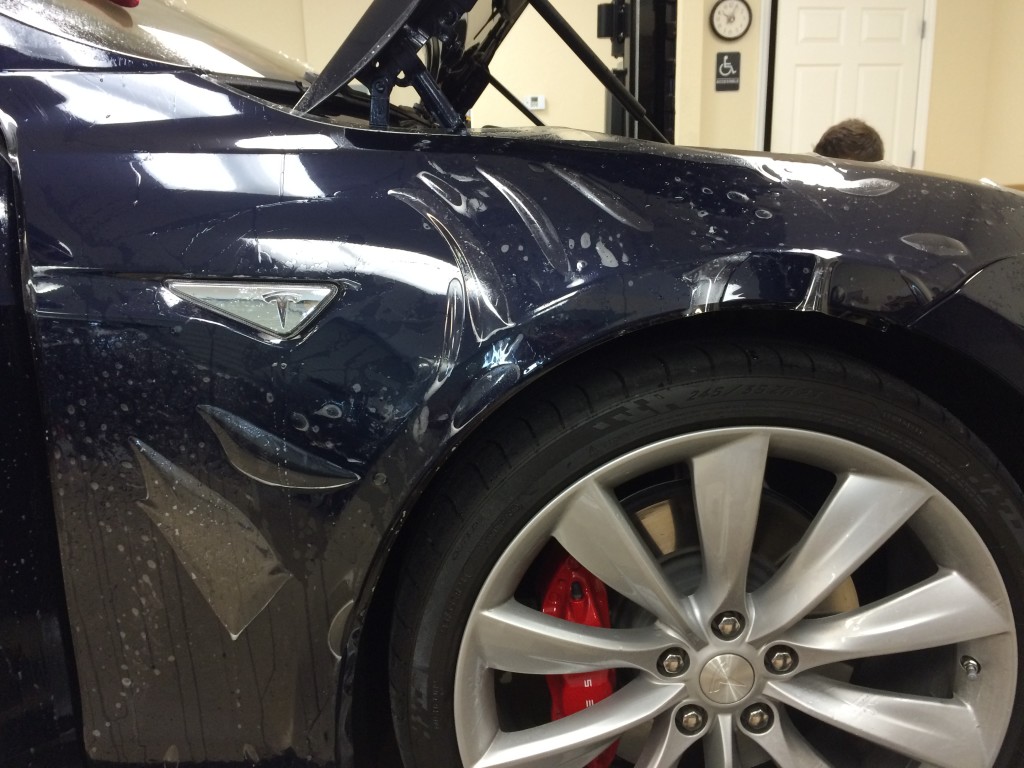